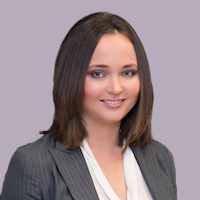 Since joining the firm in 2010, Leslie Mahley has successfully represented clients in all areas of U.S. immigration law, with a focus on Family-Based Permanent Residency, Non-Immigrant Employment Based Visas (E, H, L, J, O, TN), and humanitarian-based relief such as asylum, relief under the Violence Against Women Act (VAWA) and T and U visas.Ms.

Mahley regularly represents couples in the complicated process of obtaining spousal petitions and adjustment of status applications. She guides clients from the beginning, when filing petitions, through the green card interview, and subsequent removal of condition process. She has also assisted many same sex couples through this process since the US Supreme Court overturned DOMA.

In employment based immigration, Ms. Mahley specializes in representing small to mid-sized companies and growing startups in obtaining visas for highly qualified workers and executives.

Ms. Mahley has a strong record of giving back and in 2013-2014, served as a Pro Bono liaison with American Immigration Lawyers Association and currently serves as Chair of the Pro Bono Committee. She often represents clients pro bono in their humanitarian based immigration cases.

Ms. Mahley was honored by the Coalition for Humane Immigrant Rights of Los Angeles, for her work to provide pro bono legal services to individuals detained and placed in removal proceedings during Immigration and Customs Enforcement workplace raids.

Ms. Mahley obtained an undergraduate degree in Urban and Environmental Policy from Occidental College and her JD from UCLA School of Law. While attending UCLA, Ms. Mahley volunteered with the Los Angeles County Public Defenders Office, The California Appellate Project in San Francisco, and the HIV and AIDS Legal Services Alliance. Ms. Mahley was admitted to the California State Bar in 2009.